Yeah, I know it’s a little cheesy. I don’t care.

Nicodemus VIII (aka Nico) was my very first cat. I got him as a five year anniversary gift from my second husband; his family named all black cats “Nicodemus”. I don’t know who started the tradition, but my ex-mother in law always had a Nikki in the house.

I didn’t intend to get a black cat – I liked big fluffy orange cats – but we went to the shelter and there was Nico and his litter. Nico was seven weeks old, and the tip of his tail was curled like a pig tail; the rescue agency said it had been caught in a door or something. He fell asleep in my hand, with me petting his little chin (complete with little beard tuft) and that was it. My ex-husband preferred a different one, but i would hear none of it. It had to be THIS kitten, who slept like a baby in my hands the entire time we shopped at Petsmart afterwards…he was MY Nicodemus.

Nico was my shadow; he followed me everywhere. He had huge yellow eyes, and he loved anything red. He loved running water in the sink, but only tiny drips…never a stream. He loved a little wooly green lamb toy that he used to hide for me in my bed and my clothes and my shoes and my furniture all the time till after the years, it fell apart. He was the mighty hunter of socks, and for weeks after he passed there were a half dozen socks by my bedroom door; he would meow with them in his mouth, and you had to tell him you were proud of his hunting skills. He was bold; he stole food from my hands, his favorites being Long John Silvers fish and Cool Whip. He tolerated the plethora of animals and children that came and went through the years, with a quiet confidence that he would never go…he would always have a place. He only came when I called him, no one else. His purr had a “trill” in it. He stood wherever he wanted to and owned whatever he saw. He was my Nico.

At the end of June this year, after 14 years, Nico started to stumble. Then he went catatonic. He stared without blinking; he didn’t eat or drink. He didn’t purr when I pet him or turn to look at me when I spoke. He was leaving. I felt it. Judge me if you want to, I didn’t take him to the vet to be put down; he hated cars. He hated strange places. He hated being away from me. But also, I couldn’t admit that he was dying. He first stumbled on a Friday and he was gone by the following Monday. I felt like my whole world stopped, or should have; I was glad he was no longer in pain, but I hated that he was gone. I hated that my husband had him cremated, though it was the right thing to do. I hated it when his ashes were delivered in their pretty box with the gentle, loving quote. I couldn’t accept it as him. I couldn’t accept that he was gone.

I never really understood why there had always been a Nicodemus until I had my own; it’s a bond you can’t explain. He was more than a pet, different than a child, closer than a friend. He was a Familiar, a piece of me. His fur absorbed my tears and his headbutt healed my heart. His claws made me cuss and his socks made me laugh. We didn’t always agree, but we always loved. I never doubted for a minute of his life that he would always come to me when I called him – even if he got out of the house, he would come to me and only to me. ALWAYS. Until he couldn’t come anymore; and still I know, he WILL come home.

People might find it odd that when another black cat finds me, it will become Nicodemus the IX. (Actually I’m fairly certain that it should become Nicodemus the X, because I believe my mother-in-law had a Nikki when she left this world.) It was my ex-family that started the tradition, not my own family. By all rights, it’s their tradition to pass on and not mine. But when Nico finds me again, he or she will be Nicodemus…and forever after, they all will be. In part, to honor the memory of the mother-in-law who loved me unconditionally and who loved animals (and especially cats!) more than she loved herself. But also because there’s something special and different about a Nicodemus cat….and once you’ve felt it, you will never be the same. 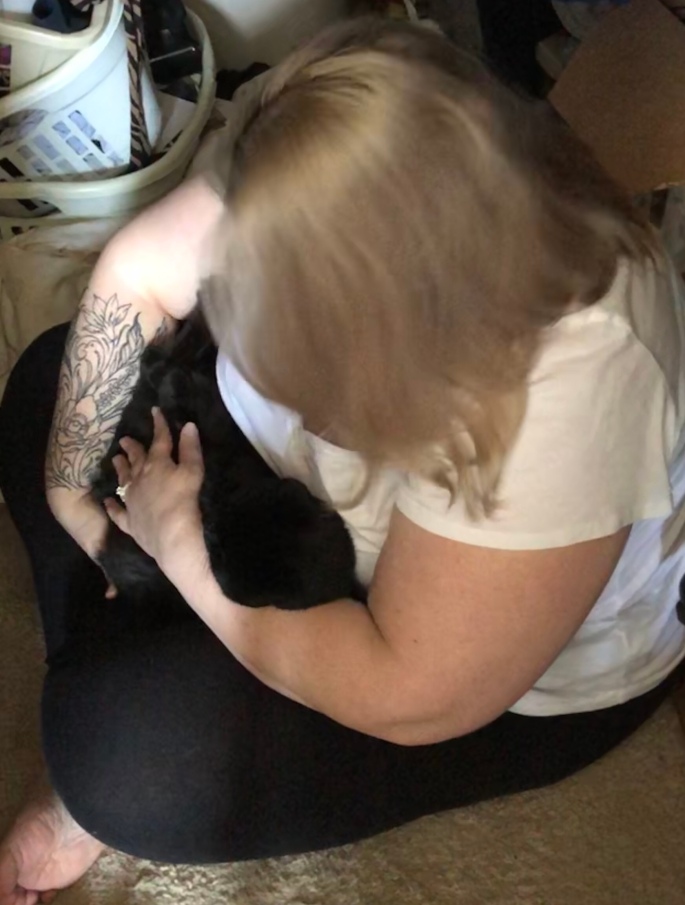 One thought on “Nicodemus VIII”